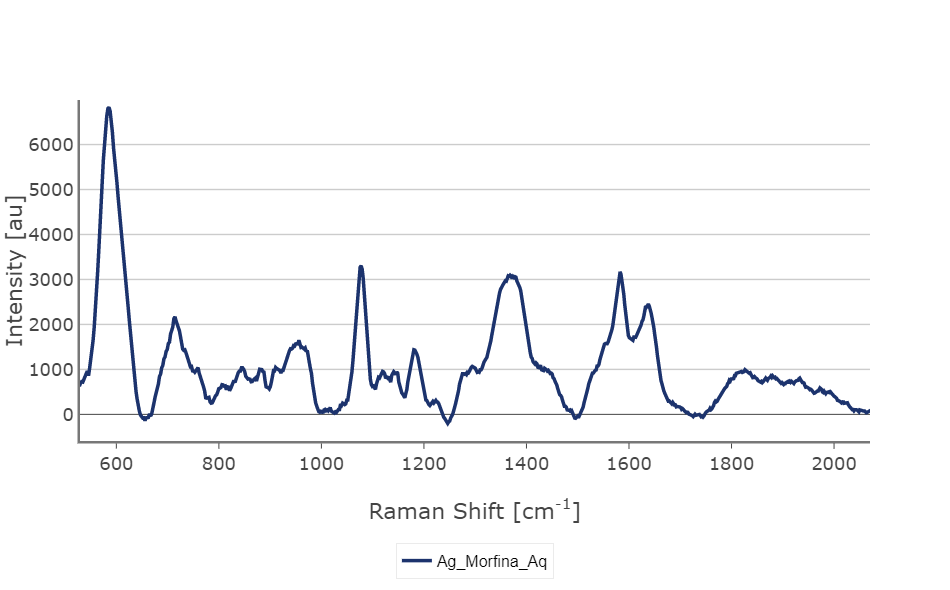 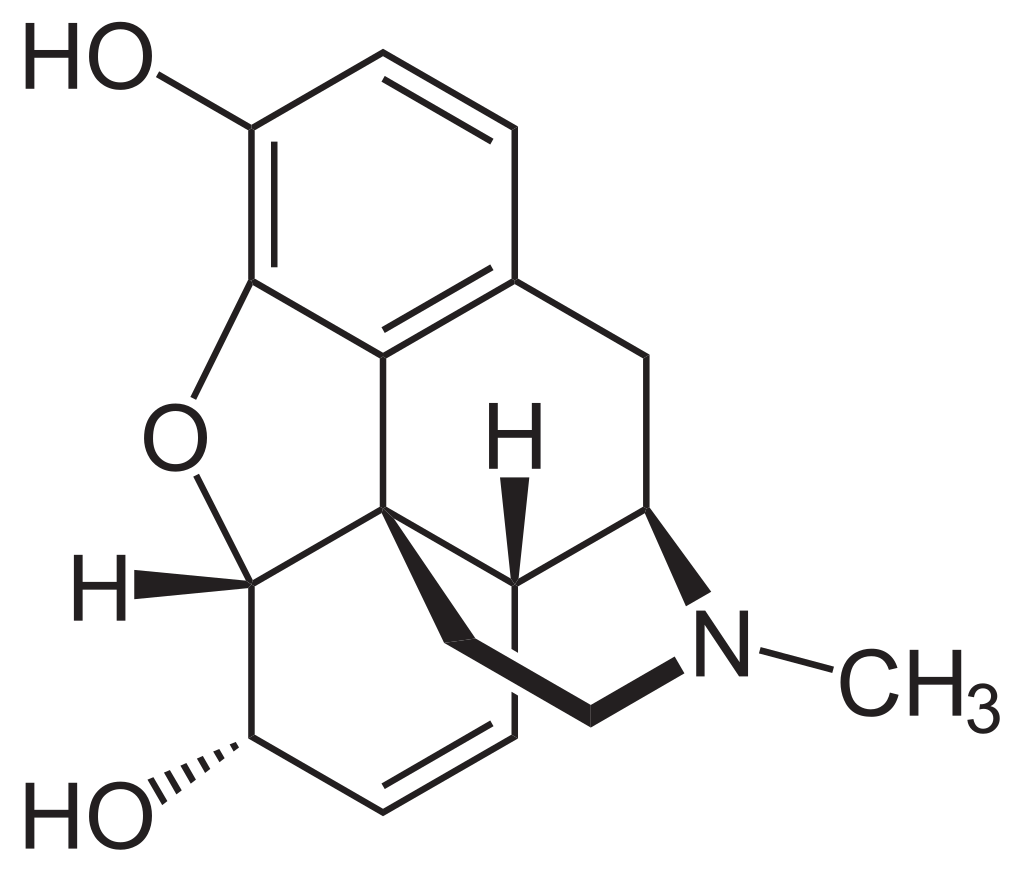 Morphine is a pain medication of the opiate family that is found naturally in a number of plants and animals, including humans. It acts directly on the central nervous system (CNS) to decrease the feeling of pain. It can be taken for both acute pain and chronic pain and is frequently used for pain from myocardial infarction, kidney stones, and during labor. Morphine can be administered by mouth, by injection into a muscle, by injection under the skin, intravenously, injection into the space around the spinal cord, or rectally. Its maximum effect is reached after about 20 minutes when administered intravenously and 60 minutes when administered by mouth, while the duration of its effect is 3–7 hours. Long-acting formulations of morphine also exist.

The graph shows the SERS spectrum of 10 mM aqueous solution of Caffeine on S-Silver hydrophilic substrate.