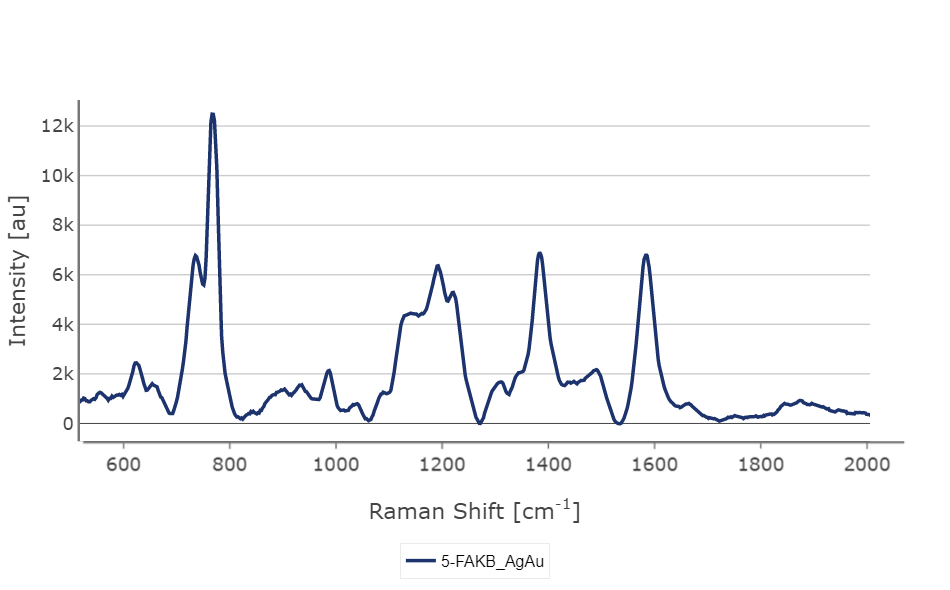 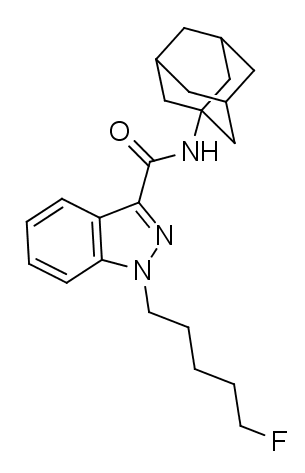 5F-APINACA (also known as 5F-AKB-48 or 5F-AKB48) is an indazole-based synthetic cannabinoid that has been sold online as a designer drug. Structurally it closely resembles cannabinoid compounds from patent WO 2003/035005 but with a 5-fluoropentyl chain on the indazole 1-position, and 5F-APINACA falls within the claims of this patent, as despite not being disclosed as an example, it is very similar to the corresponding pentanenitrile and 4-chlorobutyl compounds which are claimed as examples 3 and 4. 5F-APINACA was first identified in South Korea. It is expected to be a potent agonist of the CB1 receptor and CB2 receptor. Its metabolism has been described in literature. [Wikipedia]

The graph shows the SERS spectrum of 10 mM aqueous solution of 5F-AKB48 on S-AgAu substrate.