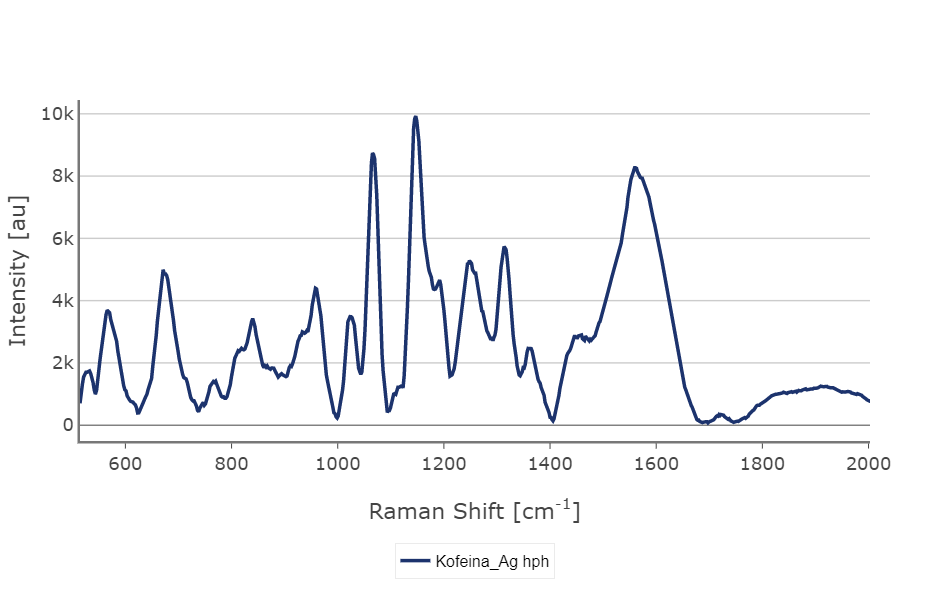 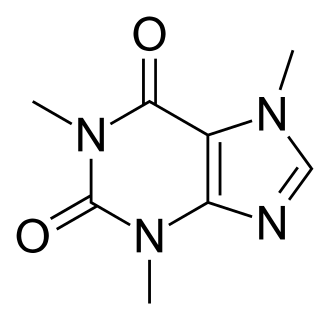 Caffeine is a central nervous system (CNS) stimulant of the methylxanthine class. It is the world’s most widely consumed psychoactive drug. Unlike many other psychoactive substances, it is legal and unregulated in nearly all parts of the world. There are several known mechanisms of action to explain the effects of caffeine. The most prominent is that it reversibly blocks the action of adenosine on its receptors and consequently prevents the onset of drowsiness induced by adenosine. Caffeine also stimulates certain portions of the autonomic nervous system.

The graph shows the SERS spectrum of 10 mM aqueous solution of Caffeine on S-Silver hydrophilic substrate.